From Paris to Berlin in every share house you live in, the furniture to the shower customs to the way the house is run can differ country to country. 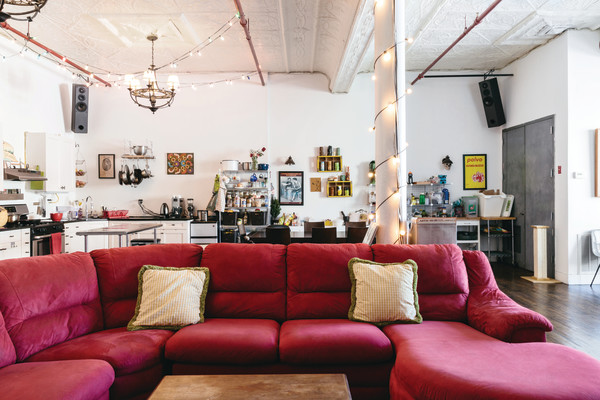 We’re lucky to have the next blog written by Emily Hutchinson, Author of “Shared Living: Interior design for rented and shared spaces”, who was lucky enough to have visited 21 share houses around the world to write her book.

“After exploring inside 21 beautifully decorated share houses around the world, I discovered that shared living really does differ depending on which country you’re in. Locations in particular that I think showcase a big difference in share house life are Tokyo and New York.

Share housing in New York is a given for most renters. It has been this way for generations and is made famous by numerous hit TV shows – ‘Friends’, ‘How I Met Your Mother’ and ‘Girls’.

However, share housing isn’t as common in Tokyo, which is surprising given its high-density population and expensive rent. As I found out from Satako Shinohara who co-designed Share Yaraicho, it’s only a recent trend that renters in Tokyo are starting to share. Usually it’s more common to live at home with parents, or to live alone.

When it comes to design, share houses also differ, which can be seen with one of the artist’s lofts in New York featured in the book versus a tiny two-bedroom apartment in Tokyo.

The artist’s loft has been a staple residence in New York since the ‘70s when struggling artists were left with no choice but to inhabit abandoned warehouses.

They now serve as a perfect share house option as they often boast large open-plan spaces with plenty of light.

These spaces need more large solution furniture and ways to transform the space into separated living areas, which is exactly what the five housemates featured in this chapter of the book have done. They have achieved this with pieces including the massive red sofa in the living room.

To achieve the break out areas, they have created a relaxed retreat near the windows away from the living area.

The share house in Tokyo featured in the book shows very different design solutions. The space is much smaller, however Taku and Kei the housemates have cleverly pieced it together to make it feel larger. They have done this by allowing as much light as possible flow into the living area. Small spaces also require more organisation, which is best demonstrated in this kitchen where each utensil has its place to make cooking times more efficient.

It’s not just Tokyo and New York that showcases how different shared living is. The book compares share houses in London, Berlin, Los Angeles, Melbourne and Sydney which gives us insight into how housemates are living in each major city and I have a feeling it will surprise a lot of people.”