If you’ve lived in a share house for any length of time, you’ll know there are certain ‘rules’ that housemates generally abide by. 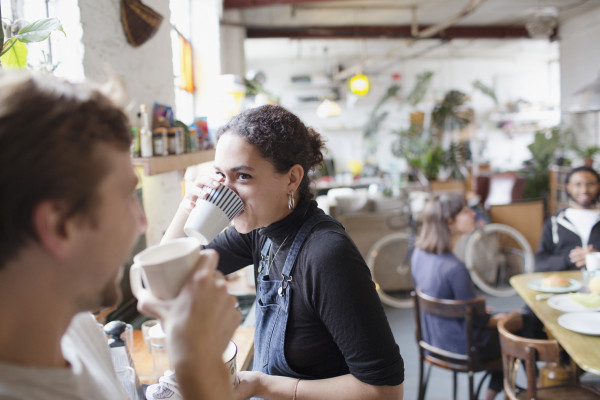 You won’t find them written in your tenancy agreement, but they’re every bit as important if you want to live in harmony with your flatmates and enjoy the share home experience.

Someone else’s food: never open or finish anything

Just because you’re sharing the same living spaces, kitchen and appliances with your flatmates, that doesn’t mean it’s open slather on everything in them.

Unless you’ve agreed otherwise, each person’s food is considered their own property, and should be treated as such.

It’s never OK to open something a flatmate has bought and put in the fridge or pantry, be it a packet of Tim Tams, a packet of soup or any other item they’ll be expecting to eat at a later date.

The same goes for leftovers. That piece of lasagna your housemate left last night? Don’t touch it, unless they’ve given you the go-ahead. Those last couple of eggs? Check if your housemate has plans for them, before you crack them open to make yourself an omelet.

To make things easier, why not set aside a shelf in the fridge and cupboard/pantry for each housemate, so each person’s food is clearly identifiable?

Spices and condiments are fair game

It’s a different story for pantry staples, however.

Spices and condiments are generally considered the property of the house, rather than coming under the sole custody of the housemate who bought them.

Salt, pepper, sugar, butter, tomato sauce and other standard items should all be communal.

That said, if you finish the last of an item, it’s your responsibility to replace it, or at the very least let your flatmates know so that the next person who visits the supermarket can restock it.

Whoever tops the bin, drops it

While it’s tempting to just keep piling rubbish and scraps on top of your house’s very full bin, don’t.

If fitting anything else into the bin requires a bit of a balancing act, it’s your turn to take out the trash.

So do the right thing, tie off the bag, and hopefully your housemates will return the favour the next time around.

First awake is the first to shower

Managing the morning shower timetable can be something of a juggling act, and particularly in share homes with three or more flatmates and only one bathroom.

Arranging set shower times is one way of managing it, if multiple housemates are preparing for work at similar times.

But problems can arise if flatmates who rise earlier prefer to eat breakfast or complete other morning tasks before jumping in the shower, while another person wants to get in the shower the moment they wake up.

To avoid clashes, a simple rule is that if you rise first, you shower first (and straight away) therefore freeing up the shower for your flatmates when they get up a short time later.

Have you broken any unspoken flatmate rules? Get if off your chest and confess for your chance to win a cleaner for a year. Enter now!