Wow, get a load of this guy! Housemate attitude can reach an all-time high at stressful or party-packed times of year like mid-year exams or the Silly Season, but it’s fair to say that some housemates are just impossible to get along with at any time of year. 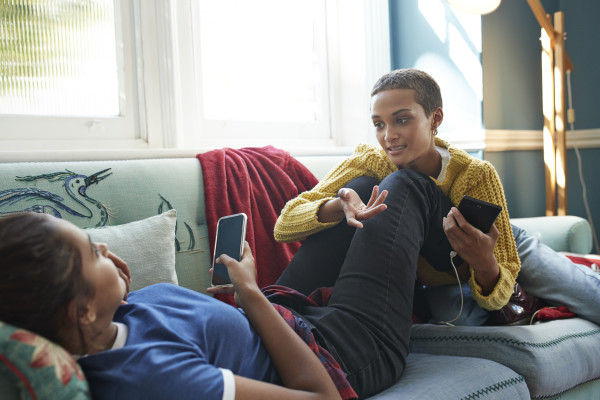 Whether it’s nicking your food and pretending they know nothing about it, not paying bills or rent on time, never doing their share of the cleaning, or just being obnoxious, an annoying flatmate can really impact the vibe of your home — not to mention life in general. Before you know it, something that’s bugging you about your flatmate can spiral into all-out conflict and let’s face it: that makes it very hard to return to normal.

So, what can you do to avoid all-out war with an annoying flatmate? Here’s our tried and tested advice for handling the situation like a pro.

Identify the problem, and why it’s a problem

First up, it’s important to get very clear on what the problem is, and how it’s impacting you (or the household) negatively.

This can become a moment of truth, since so often the things that bug us about a flatmate are subconscious. When brought out into the harsh light of day, we might find that our feelings are simply about personal preferences, rather than real-world detrimental impacts.

If, when you step back and identify what the problem is, you find that it’s not actually impacting your life — the truth is that you just don’t like it — then you might have a little self-reflection to do. But if that analysis indicates clear impacts on you (for example, your flatmate has parties on weeknights and you need to be up for work at 6am, so you’re losing sleep), then it may be time to take action.

Make sure you’re not making it worse

Okay, realtalk: you know how when someone’s annoying you, it’s really easy to start being, well, kind of mean to them about totally unrelated things? If we don’t bring the real issue up, our resentment can fester and come out in all sorts of other ways — usually about unrelated issues.

So, take an objective look at your own behaviour and see if you have inadvertently been intensifying tensions, or taking your frustrations out on your flatmate in situations where your behaviour is unjustified.

If you have, well, that proves you’re human. Make a commitment to yourself to a. stop doing that as much as you can, and b. deal with this underlying issue, pronto.

Practice what you preach

There’s one other thing to consider in terms of your own behaviour, and that is this: to be justified in criticising others we really do need to be setting a good example ourselves. If, in reality, you’re just as bad about regular chores as your “annoying flatmate” is, identify that before you talk to them about it. This way, you can make the conversation about you both committing to being better at chores, rather than a straight-up blame sesh.

While you’re at it, have a think about your recent interactions with your flatmate. Is there anything that you’re doing that seems to annoy them? If you can’t detect any annoyance, that may be a good sign, but it might also indicate that they’re better at ignoring what annoys them than you are. So be prepared to find out some hard truths about your own behaviour when you speak with them.

Have a household meeting

The whole point of bringing up issues with your annoying housemate is to build harmony at home, right? It’s important not to make anyone feel picked on or singled out. That’s why a household meeting can be a good way to chat about any issues you’re having — don’t just stop your annoying flatmate in the hallway one morning and blast them.

Make sure everyone’s got fair notice of the meeting, and that they can all commit to being there. Otherwise you’ll find it hard to get everyone on the same page. Then, use the time between now and the meeting to prepare what you want to say.

Sounds pretty straight forward, but write down the points you want to discuss before the meeting. We’re trying to avoid an actual argument here, so we need to avoid bringing emotions into the discussion and in the interests of a swift and happy resolution, we want this conversation to go really well. Writing down what you want to cover will help that.

Include what the issue is, how it affects you and what you think a reasonable solution might be. Again, try not to single out your annoying flatmate; if you can present the issue as a general one covering the whole household, so much the better.

Run your notes past a trusted friend. Their objectivity will likely help you clarify things even further, but they may also make suggestions for compromises or solutions that you haven’t considered.

Keep yo receipts because if it comes to the crunch and you decide to evict your annoying flatmate, those notes can pose as supporting evidence for the nature and duration of the problem and your efforts to resolve it.

It’s household meeting day. Make a pot of tea, sit down and talk it over. Bring your notes and refer to them. This will keep you on track and also make it clear to your housemates that the issue is really important to you.

It’s obviously necessary that you say your part, and that you avoid becoming emotional. But it’s also important that your other housemates (especially the annoying one) get to express their views and be heard.

One really good way to do that is to ask lots of questions about their awareness and understanding of the issue, the reasons behind their behaviour, and how they feel now they know it’s a problem for you.

Try to understand their point of view

As your flatmates start to speak, listen. Put your own thoughts aside (after all, you’ve written them down, so you won’t forget anything), and listen with an open mind to what’s being said. Do your best to avoid predicting what people will say or anticipating their motives. Just listen.

If there’s something you don’t understand, ask questions about it. To confirm your understanding, rephrase what they’ve said in your own words and ask if that sounds right. Don’t just have your flatmates state their positions: really delve into their points of view until you truly understand where they’re coming from.

It can be hard, but it’s vital that you stay as calm and respectful as possible throughout the conversation. That goal (again) is a swift and happy resolution to the issue and possibly one that you can all work towards together. To get to a resolution, you’ll need to be level-headed, open-minded and understanding.

If you feel tensions rising, pause and take a few deep breaths. Look back to your notes if you need to and consider what the person has said that made you cranky. You can also try rephrasing their position in neutral language and checking that it’s correct, redirecting the conversation if it’s hit a dead end, or inviting suggestions from your flatmate on what they think is the best way to proceed.

Be open to negotiating

One thing’s for sure: if you want someone to change their behaviour, you’ll likely need to compromise from your best-case, dreamland scenario of householding bliss. Your slob housemate isn’t going to magically transform into Martha Stewart just because you like the couch better without the crumbs. Compromise is the name of the game and negotiation is the path you’ll take to get there.

How could this work? Let’s say your flatmate never does their chores. You find out that they hate whatever chores are theirs. Or maybe their schedule is unpredictable so they can’t always get the chores done by a certain day. You could negotiate to swap chores or cycle through them, so no one’s ever stuck doing something they loathe. You could also all agree that chores just need to be done within the week, rather than on a certain day.

Keep an open mind and be flexible in seeking solutions that truly do work for everyone, because that’s how happy households are made.

If you’ve gotten to the point of having a household meeting to discuss flatmate behaviour, it’s likely that your relationship with that flatmate (at least) may have deteriorated. Once you’ve discussed the issues and agreed on a well-negotiated course of action, it’s time to heal the emotional rift. Make an ongoing effort to create a stronger relationship with that person, but make sure it’s on their terms. Don’t try to insert yourself into their lives or suck up to them — just look out for them.

Offering a coffee when you’re making one or inviting them to the pub when you’re heading out signals that you want the relationship to continue and grow. It also shows that you respect them and want them to enjoy living with you. That may not happen, but at least they’ll get the message.

Make sure your share house advertisements are open and honest

To avoid having share house issues in the first place, it’s critical that you advertise for flatmates honestly and that you’re reasonable and clear about your expectations. Sacrifice either of those things and you may well find yourself struggling to be satisfied with the flatmate you choose. See our hints and tips on finding a great flatmate here.