Are you feeling bad n boujee? Or just bad? Whether you’re after a villa with beach views, a chic pad close to the city’s best nightlife or need to avoid expensive rent where possible, we’ve compiled a list of the priciest places to rent a share house around the country. Make a move to live your best luxe life or know where to avoid if you’re hoping to save. 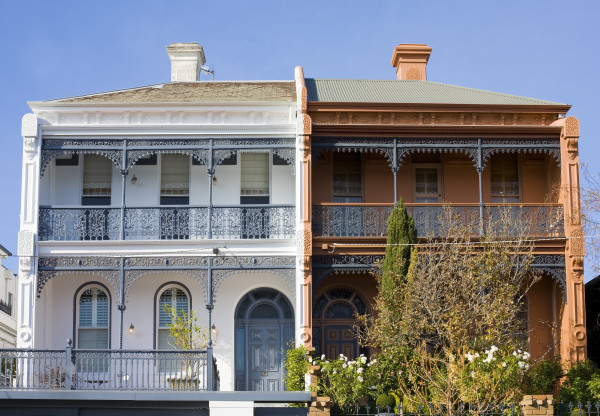 From influencer-heavy Bondi to the yachting haven of Rushcutters Bay, Sydney, of course, boasts the most expensive rental suburbs in the country. Forget “grabbing a bite”: fine dining with breathtaking harbour views are yours in beautiful Balmain. Perhaps you’d prefer to spot famous neighbours in Bronte, or be spotted yourself sunbathing in Tamarama (aka Glamarama)? If you want the high life, you’ll play a pretty penny for the privilege.

From Kent Town’s cafe society to well-kept secrets like leafy, historic Cheltenham, Adelaide’s most expensive suburbs are magnets for the well-heeled. Prefer #beachlyfe? Then try glamorous Glenelg or high-class Henley Beach, where you can get your lashes lengthened or your fade refreshed before hitting the area’s cosmopolitan nightspots.

Inner-city enclaves like leafy East Melbourne, beachy Port Melbourne, and hipster Collingwood remain staples on the Melbourne’s-most-coveted (and most expensive!) suburbs list. But boutiquey Richmond and Prahran, along with boho Balaclava, are easy rivals, with their ever-changing menu of concept eateries and fancy bars. For the most eclectic mix you can’t go past Fitzroy North and Clifton Hill: intriguing by day and incredible by night!

Idyllic, green Floreat and Mount Lawley top the list with the kind of big houses, gorgeous gardens and well-manicured verges that let locals know they’ve made it. Nollamara offers lovely homes and plenty of parks to take your Frenchie for a run. Ready to hit the green? Try Como, which is literally hemmed in by golf courses and is, by all accounts, a lovely place to be.

If an historic mansion or hilltop villa with water views is your idea of heaven, then look no further than Hobart’s most prestigious suburb, Sandy Bay. For something more upbeat, North Hobart’s nightlife is legendary — this is definitely the place to be seen on the scene. Nature-lovers who want an easy commute to the city can enjoy almost European-style views from West Hobart and Lenah Valley.

For those who love nothing more than to spend lazy Saturdays people-watching and boutique-hopping, Griffith is top of the list. If you’re seeking the quiet life, multicultural Weston and green Kaleen have big houses on big blocks that will make your mates drool with envy. But for fine dining and funky nightlife, Braddon wins out with its boutique breweries and street art.

Professionals pay a pretty penny to live in Darwin’s CBD, yet Larrakeyah offers a leafy, laid-back neighbourhood with gorgeous beaches — and the city is just a stroll away. Good vibes and plenty of instagrammable moments are to be had in Parap, with its galleries and markets. But if you prefer an exclusive, enclave-like atmosphere, beautiful Bayview’s your best bet.

Riverside Teneriffe, up-and-coming Newstead, and Bulimba, with its cosy village vibe, are great places to splash out on a charming upmarket rental. Eclectic, edgy Fortitude Valley has cornered the culturally conscious selfie scene, and over the bridge, Kangaroo Point offers glam waterfront apartments just minutes from the CBD. For the quiet life, Camp Hill is hard to beat, with its strong community feel, loads of green space and luxe houses.

After something a bit more affordable but close by? Our cheaper suburb finder should help you out. But if you’re in need of a real bargain, (check out Australia’s cheapest share accommodation suburbs. Happy hunting!